You are here: Home / Blog / An Introduction to Scrap Metal: Part 1

An Introduction to Scrap Metal: Part 1

Metal is one of the most widely recycled materials in the world. It can be used and reused endlessly without ever degrading, and the scrap metal industry takes full advantage of this. Today, the scrap metal industry remains both lucrative and efficient, working at a local and global scale to help those in commercial and industrial sectors — as well as the general public — improve their own recycling rates.

In this two-part series, we’re looking at the scrap metal industry as a whole, giving you an idea of its history, its benefits, how it works and its place in today’s environmentally-focused society. 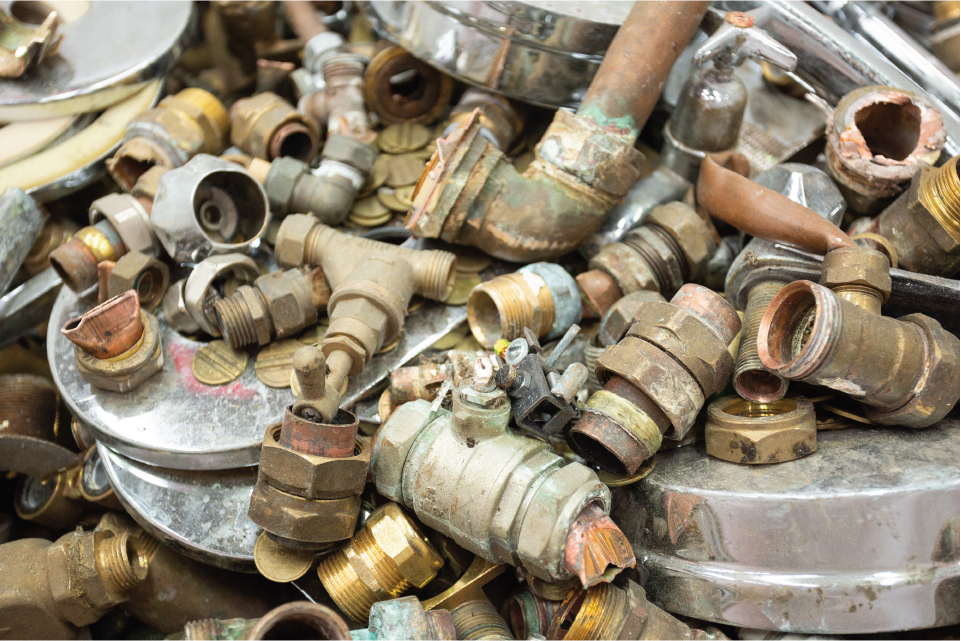 The history of metal recycling

The practice of scrap metal recycling can be traced back pretty far. Historians have suggested that ancient Romans would melt down bronze coins, using them to form new bronze statues. The discovery of a hoard of Roman coins in Northumberland — dating back to the reign of Marcus Aurelius — suggested that locals were recycling coins into valuable jewellery or trinkets, then selling them back to members of the Roman army who were based there.

In fact, metal recycling and the military have a strong historical link. Over in Britain During World War II, material shortages made recycling a vital wartime strategy; metal (along with other materials) were donated by the public, with campaigns created to haul in as much scrap metal as possible so it could be used to create essential military equipment.

As an industry, it wasn’t until the 1960s and 70s that dedicated metal recycling companies were formed, so the growth of the industry as a whole has been relatively swift.

Where does scrap metal come from?

Anyone who has scrap metal to spare can arrange to have it recycled — it’ll mainly depend on how much you have to spare in one go. Scrap metal can be found in a wide range of everyday items, so those who may be moving home or having their house completely stripped out should be able to salvage a decent amount of scrap metal they can recycle. Manufacturers and industrial businesses regularly generate scrap metal materials, so the majority of scrap comes from businesses looking for an efficient way to offload their surplus waste.

How is scrap metal recycled?

Scrap metal isn’t recycled in one go, it’s a multi-stage process which needs to be carried out with full professional care at every step. Here’s a quick rundown of the stages involved in the recycling process:

The benefits of scrap metal recycling

Because scrap metal can be recycled and reused infinitely, the largest benefit of scrap metal recycling is the sheer amount of energy saved in production. Instead of creating new products and materials from scratch, recycled metals can be used. And while some energy is used during the melting stage, this pales in comparison to the amount of energy needed to create a new metal product from scratch. For example, recycling aluminium saves 75% of the energy used during initial production.

In addition, scrap metal recycling companies will offer competitive rates for your scrap, meaning you can make some money while helping out the environment.

In part two of our introduction to scrap metal, we’ll take a deeper dive into the different types of metal you can recycle, as well as how to identify them around your home or business.

Wilton Recycling operates an efficient scrap metal recycling service across Ireland. With our dedicated recycling plant located in Co. Cavan, we ensure that all the scrap we collect is processed to full EU regulations. If you have scrap metal to sell, simply contact us today and we will be more than happy to help.

By clicking "Accept All Cookies", you agree to the storing of cookies on your device to enhance site navigation, analyse site usage, assist in our marketing efforts, and for personalised advertising.